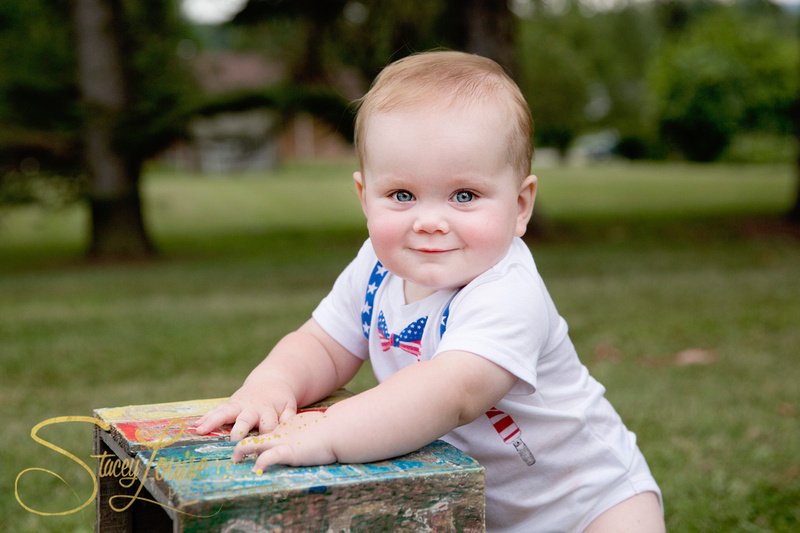 I am a few days behind in posting this, but this little guy just turned ONE! I can't believe that a whole year has flown by already. You might have seen him before on my social media. I have also photographed his newborn and 6 month photos. In case you missed those, check him out. 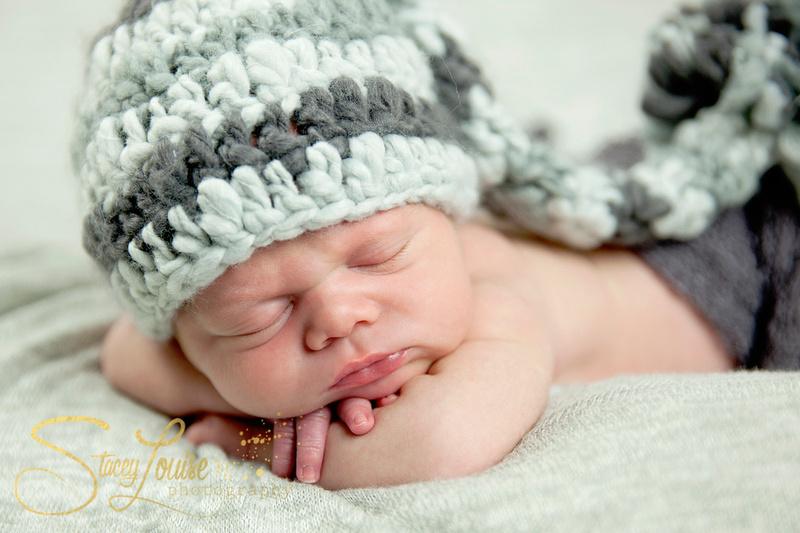 ...and at 6 months old. I can't even handle those rolls, that grin, and those baby blues! Isn't he a cutie? 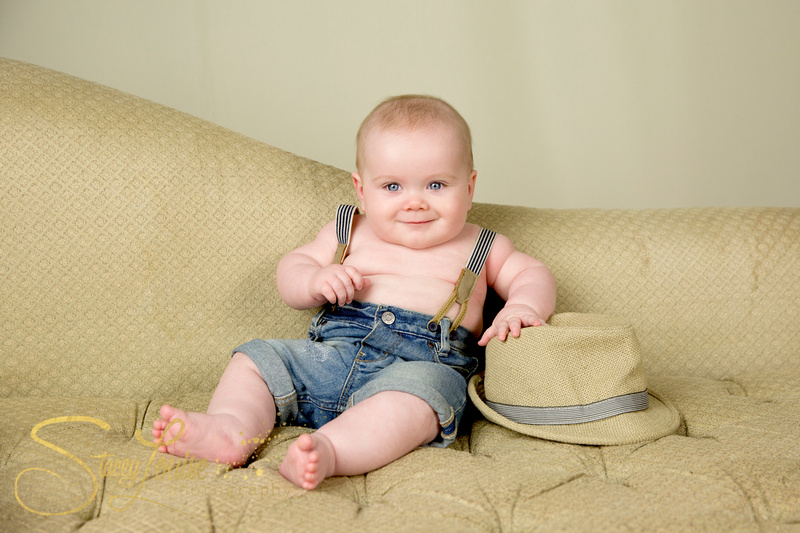 I love getting to see your kiddos though out their first year for their milestone sessions. Capturing each stage is so important as they are only squishy newborns for a short time, then they move on to being chubby sitters, and then to babbling and toddling one-year-olds. It happens way too quick, and I am happy to be there to stop time for you. Well, I haven't quite perfected my time machine yet (I am really trying to stop my 6 year old from getting any bigger!) but my camera skills are good enough to at least freeze some of these moments for you forever.

Let's get back to this super cute fella's First Birthday photo session. When his Mommy told me that they were doing a red white and blue theme, I knew I was going to hit up my girl, Kassy, from & Many More for some fabulous balloons! Of course she totally knocked it out of the park with silver letters that spell out O-N-E and adorable red white and blue balloons with stars. They were the perfect patriotic touch for this session. 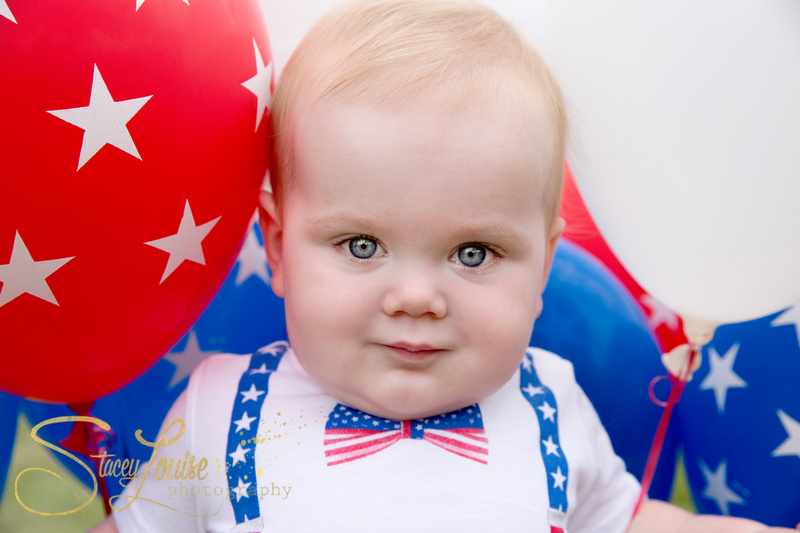 He hasn't lost those baby blues. He is soooooo handsome! 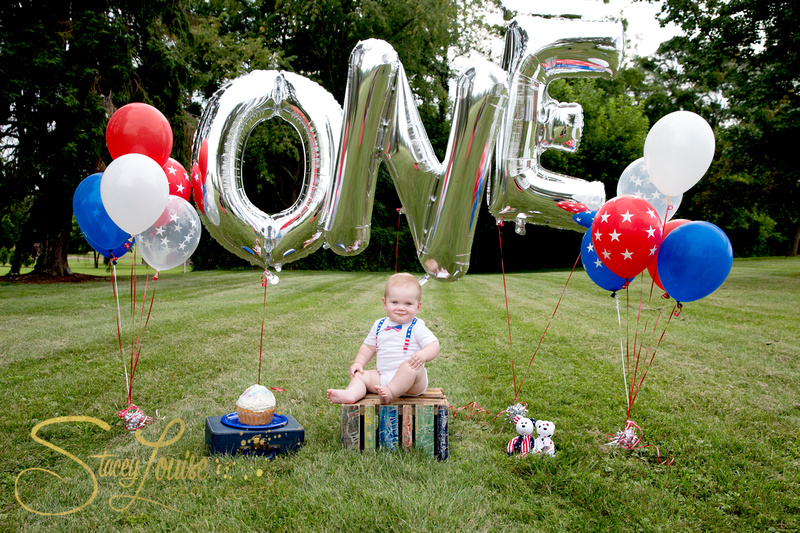 Aren't these balloons amazing? I am telling you that & Many More is the place to go for all of you balloon needs. She has EVERYTHING and is so creative. I totally recommend her for your special occasions, parties, and photo sessions.

We couldn't leave big sister out of the photo shoot for long. She was dying to get in a few photos with her baby brother. I am so glad that she was, look at how cute they are together! 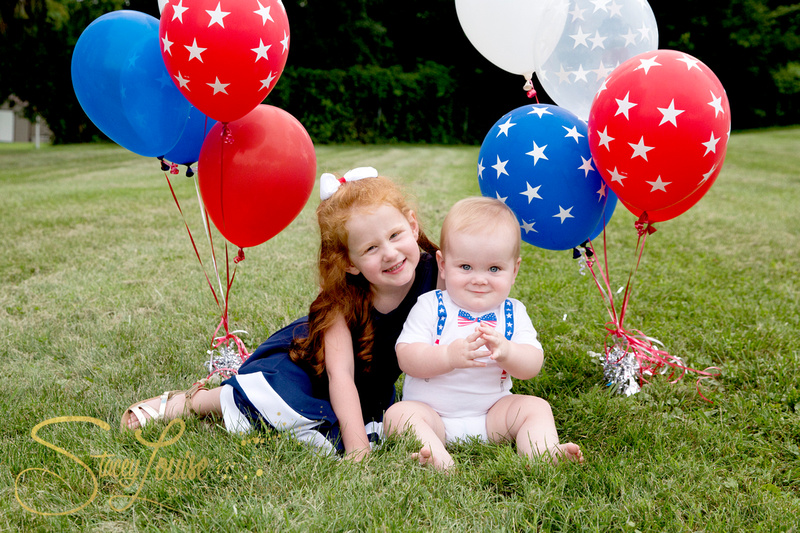 And these ones...I die a little just looking at them. Aren't they the cutest? She just loves him so much! 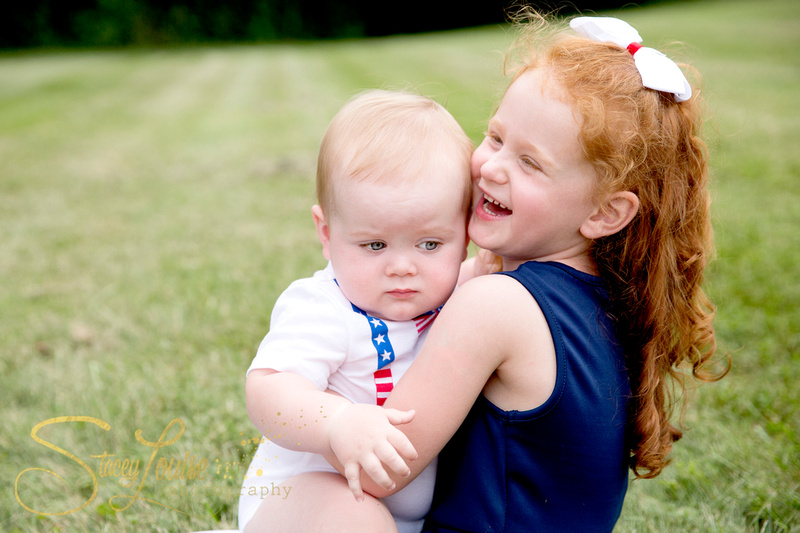 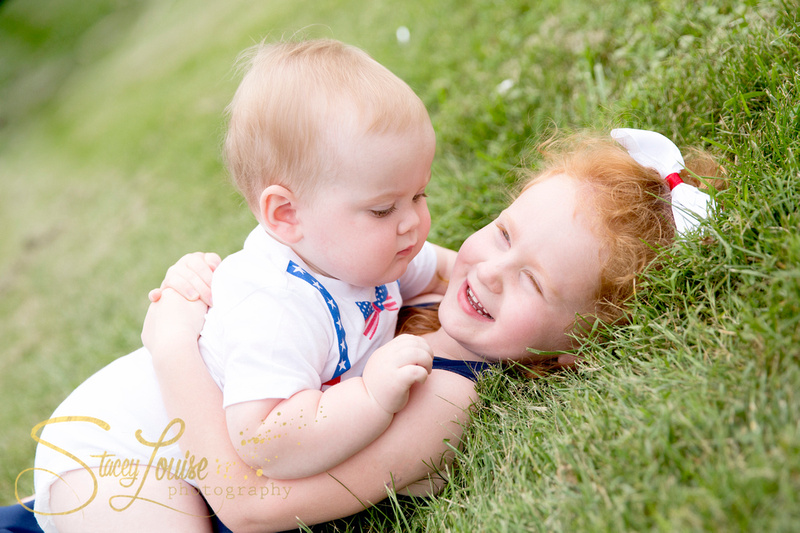 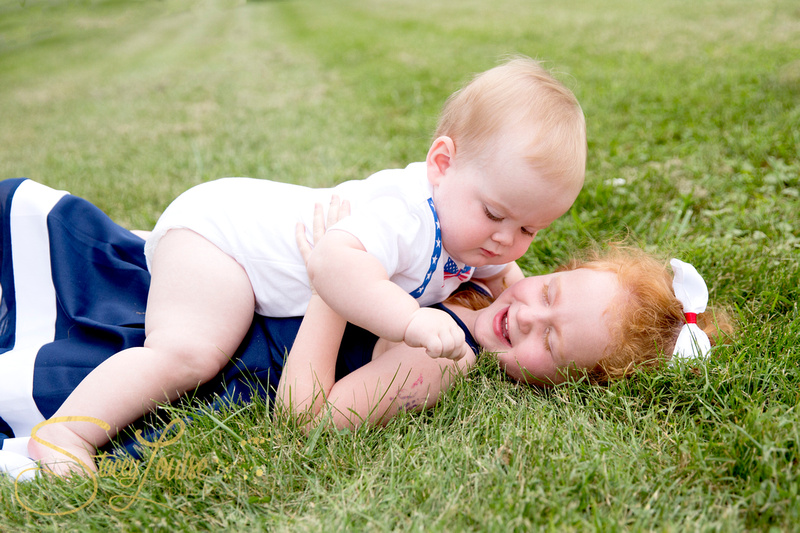 He might not have been to sure about it at first, but they have fun together. You can just tell.

His Mommy brought a giant cupcake smash cake for him. He was a little reluctant to give it a try, but once he realized just how delicious it was, he dug right in. 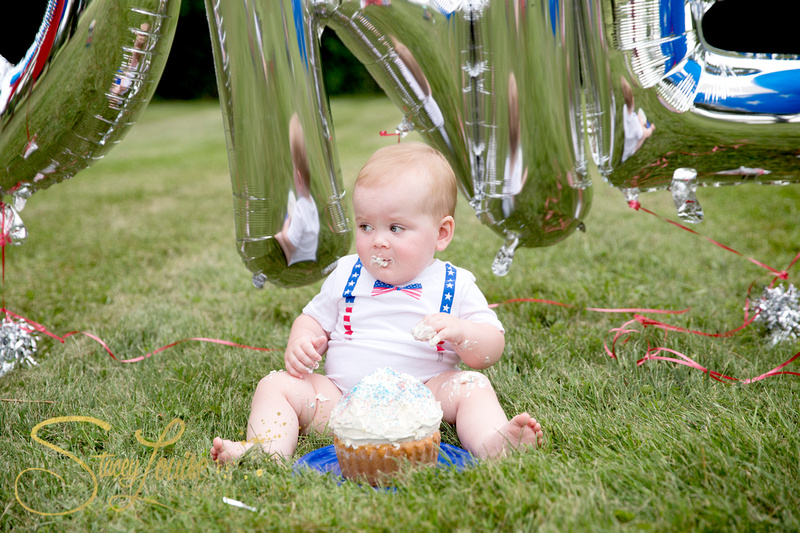 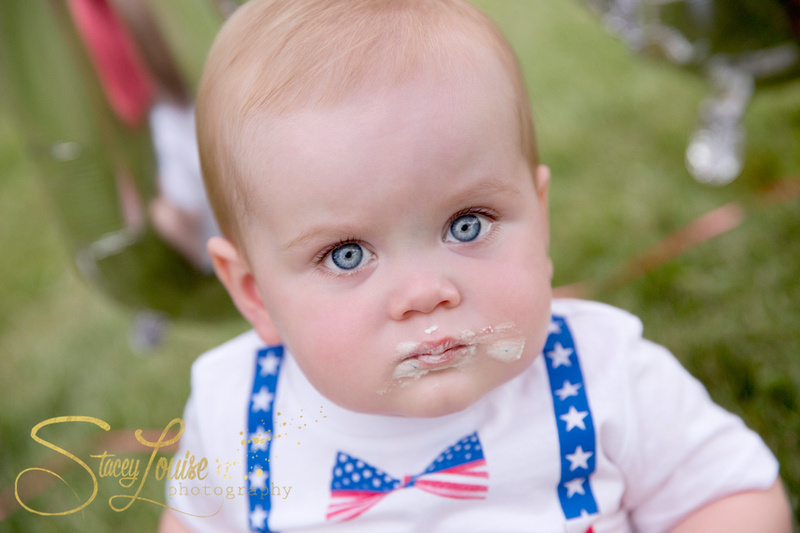 We might have also enlisted the help of big sister once again to get him on board. 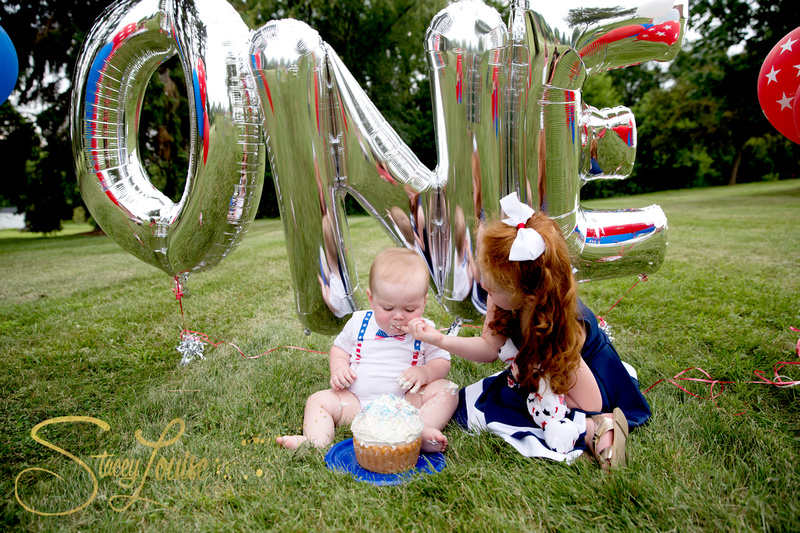 Then he was like, "Oh, this is yummy! Give me that cake!" 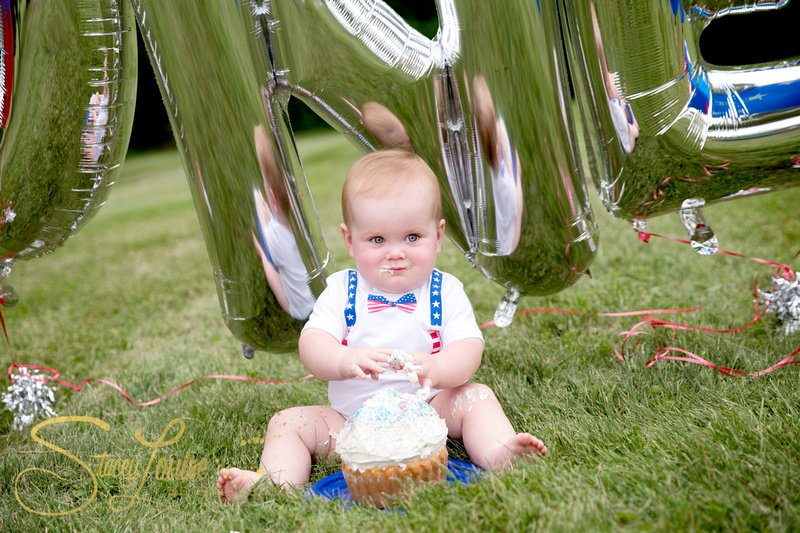 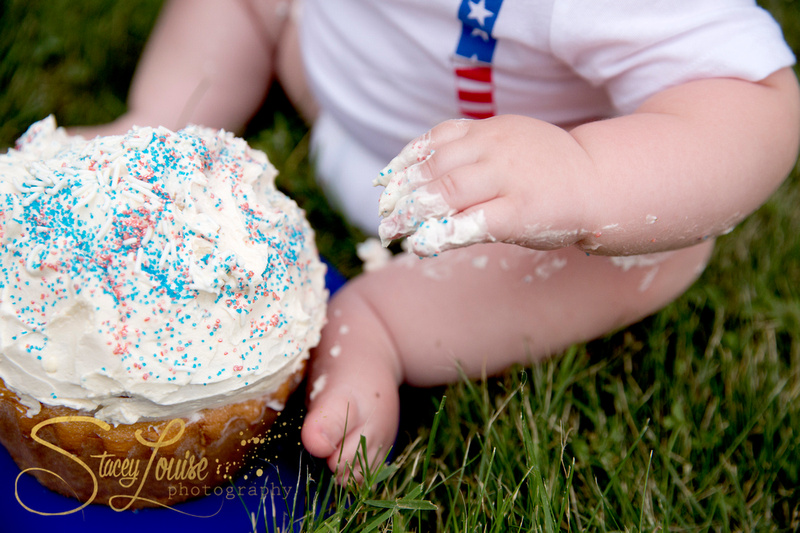 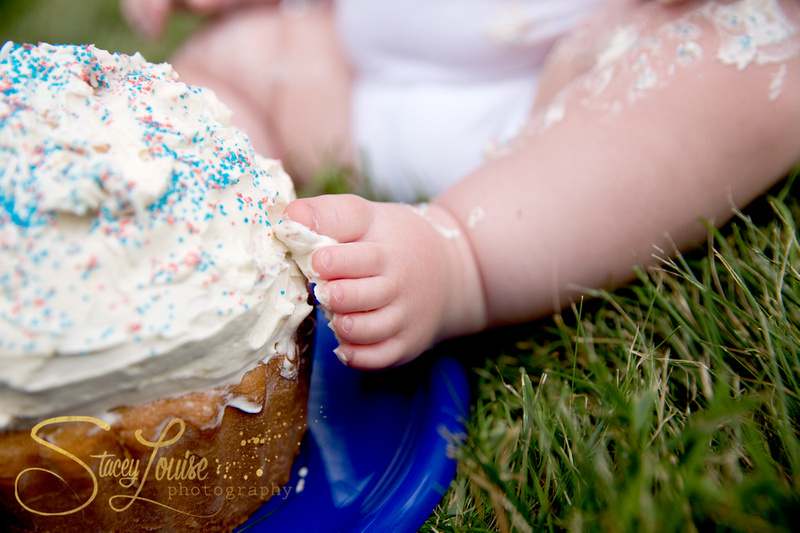 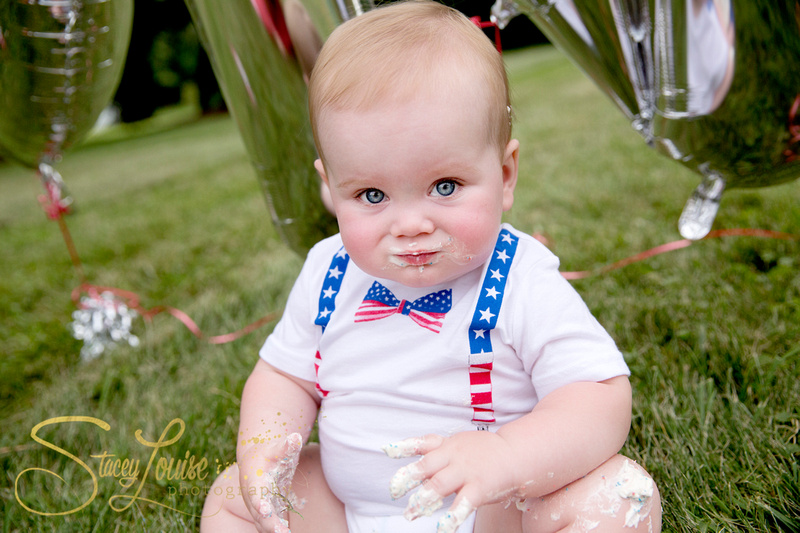 Smash cakes can be a super fun part of a first birthday photo session, or a super un-fun part of a first birthday photo session. Most of the time these little ones have never had cake before. So they get to their photo session and we sit a cake down in front of them and they are all like, "Ummm, what is this?" Then they get icing on their hands and they hate that and start to cry. So, what I like to recommend is that these kiddos try some type of cake at least twice before their session. This way they are at least familiar with it enough to know that it is food, and not only food, but YUMMY food. This works, MOST of the time. Then there are some kids who are just plain offended by the thought of getting messy and eating in front of the camera. 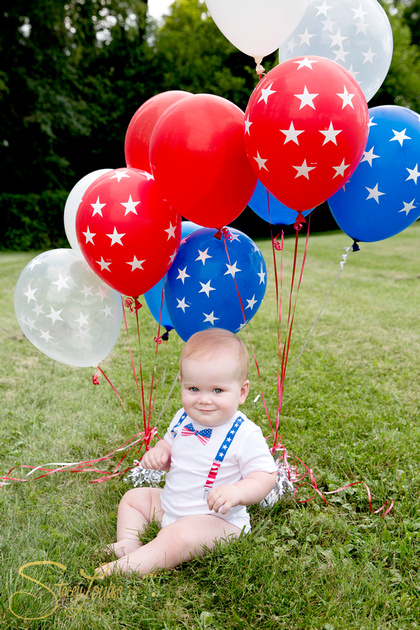 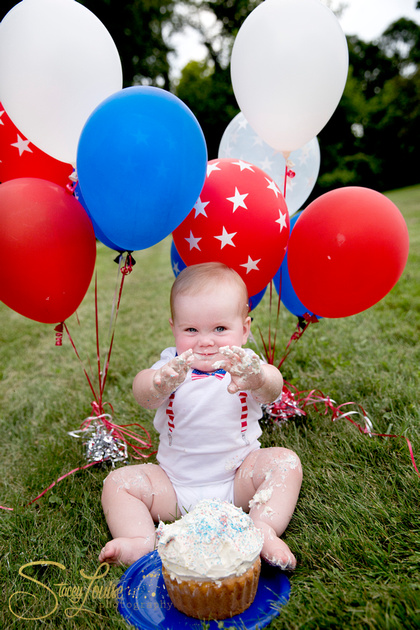 You can see that after a few minutes and some encouragement from his big sister, he was all in! 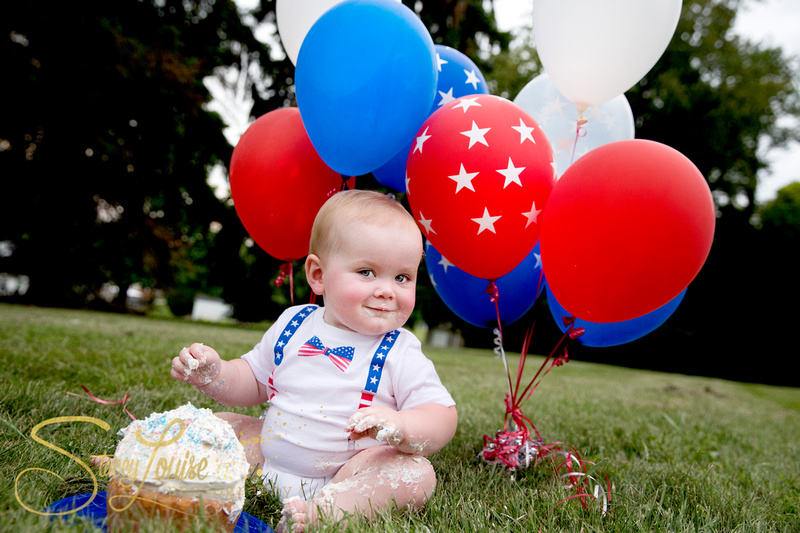 I don't think there is a cuter little guy with a bow tie and cake! Happy Birthday Cam, it has been such a joy watching you grow over that last year!

Do you have a little one with a first birthday approaching, contact Stacey to plan your kiddo's First Birthday photo session!