Halloween! It's my favorite.|Greensburg and Latrobe child and family photographer 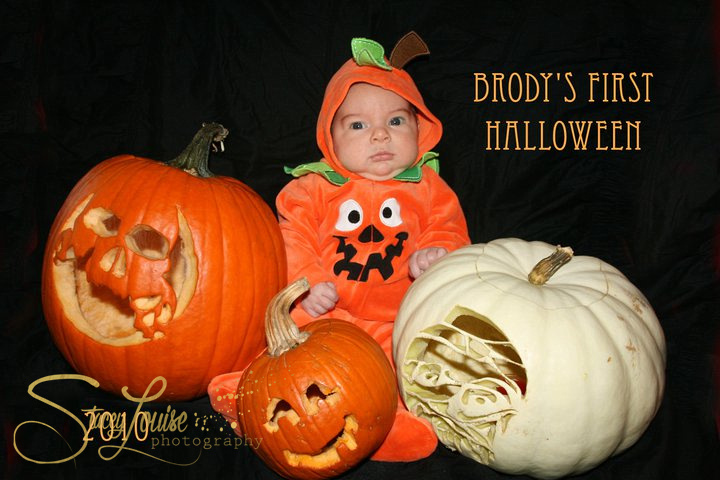 You guys, it is almost October and that means that it is almost Halloween! Halloween is my most favorite holiday of all time. Like for real. I get so excited about Halloween that I start planning November first for the following year. Today I was walking and talking about Halloween with a fellow Lady Boss, and she said, "You totally need to write a blog about all of your family Halloween costumes." What?! I was so excited about the idea that immediately came home and started digging up all of our Halloween photos from the last 7 years.

My husband and I have always done Halloween big, but when Brody entered the picture things just escalated from there. Brody's first Halloween was only a little over a month after he was born, so I was in no mood to dress up myself but he had three costumes! 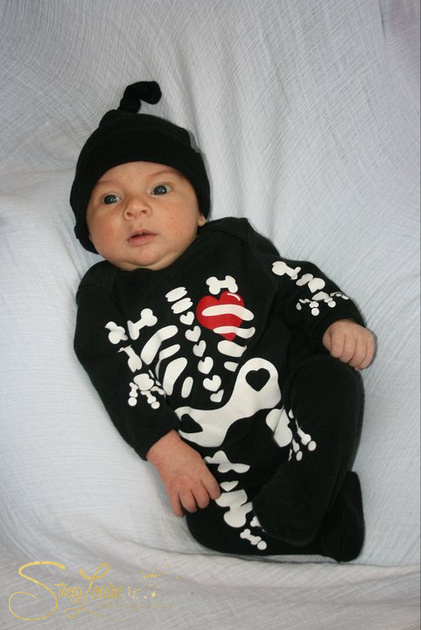 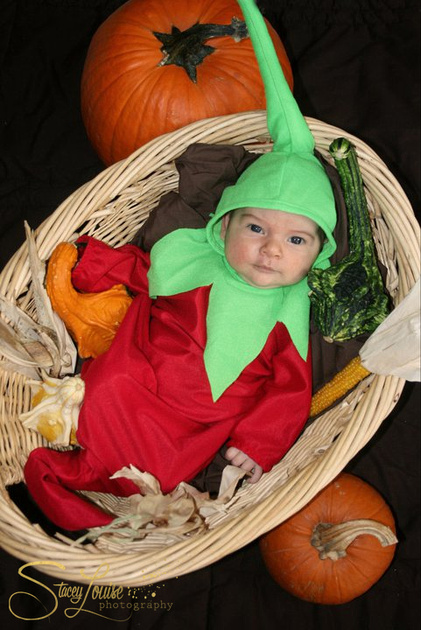 The chili pepper was and still is my favorite. I bought it while I was still pregnant because I couldn't even stand how adorable it was. Then after he was born I was driving by a second hand shop and that tiny skeleton was hanging in the window and I literally made a U-turn and ran into the store to buy it. The pumpkin outfit was a gift from someone that knew my favorite holiday was Halloween.

The next year I had this idea that Brody should be Toad from Super Mario Brothers. I have a good friend who is an amazing crochet artist and she designed this amazing Toad hat for him to wear. If you are in the market for something crochet you should check out her shop, Raven's Craft Creations. I made his vest and ordered his pants from Amazon. Then I got the idea that I should be Princess Peach and my husband could be Mario. The family Halloween costume tradition was born! 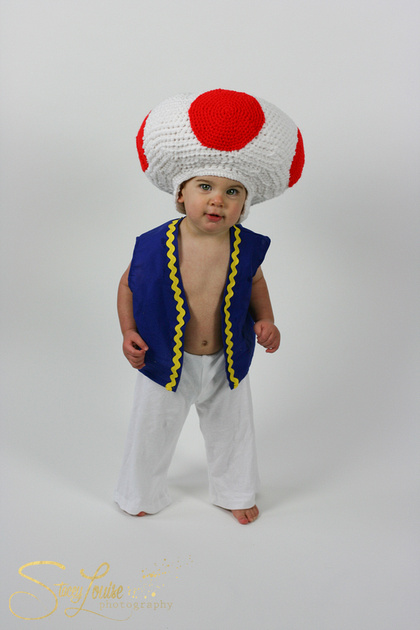 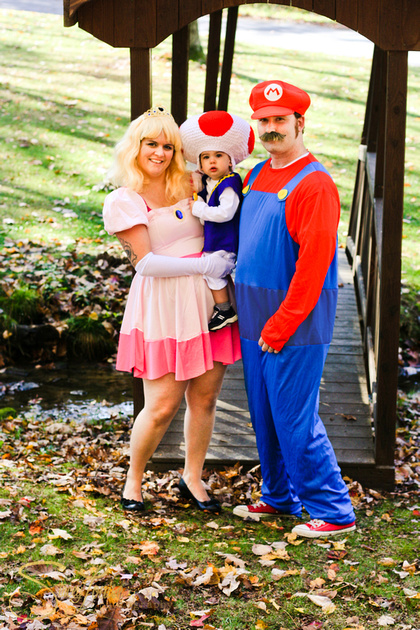 As it go t closer to Brody's third Halloween, I started brainstorming about what we should be dress up as. I was inspired by his crazy curly hair and decided that we would all be Hobbits. My husband and I both really love the Lord of the Rings movies and the hobbits were always my favorite. I made all of our costumes that year and they really are some of my favorites of all time! 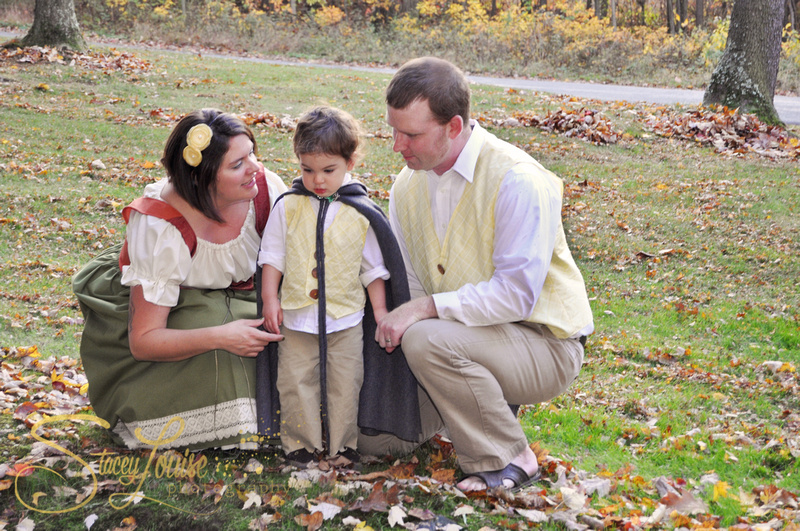 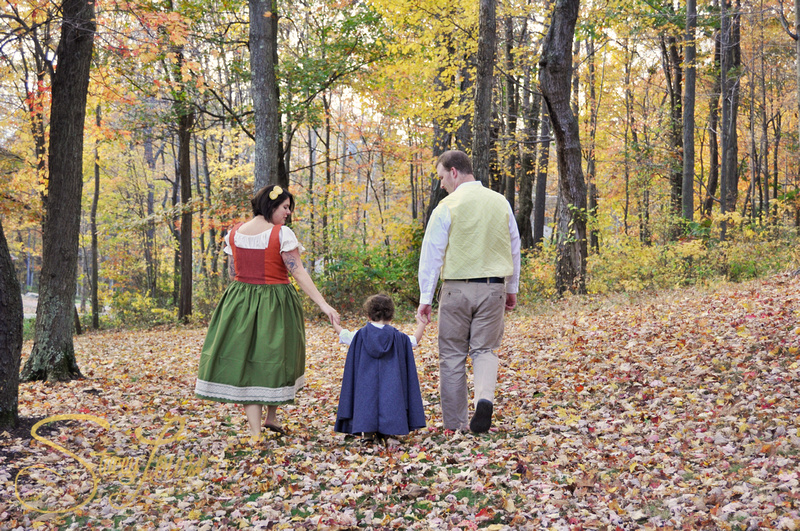 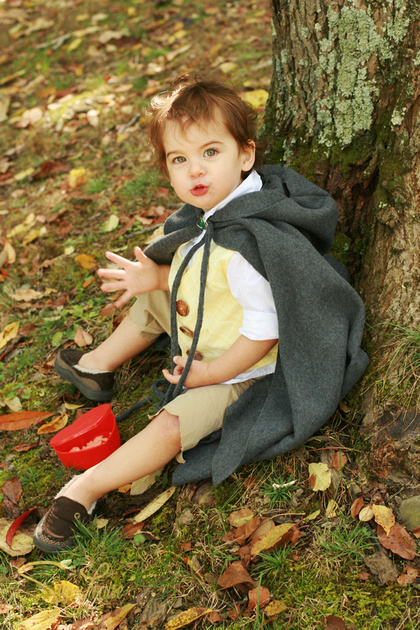 Wasn't he the cutest little hobbit that you have ever seen? I love it so much! 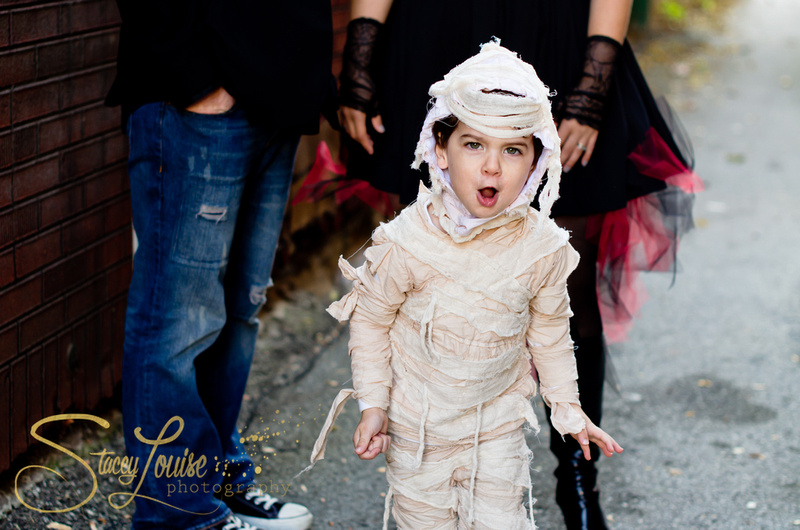 The next year, and probably my favorite of all time, Brody was a mummy. I made his costume out of tea stained strips of muslin and cheese cloth sewed to sweatpants and a sweat shirt. At first I wasn't quite sure what Brent and I would be to go along with his costume. Then it hit me. Day of the dead sugar skulls! I was so excited, but I knew that I never would be able to pull that make-up off on my own. So I called up my girl Jacki, she is a fab make-up artist that I work with frequently, I knew that she would totally rock it. 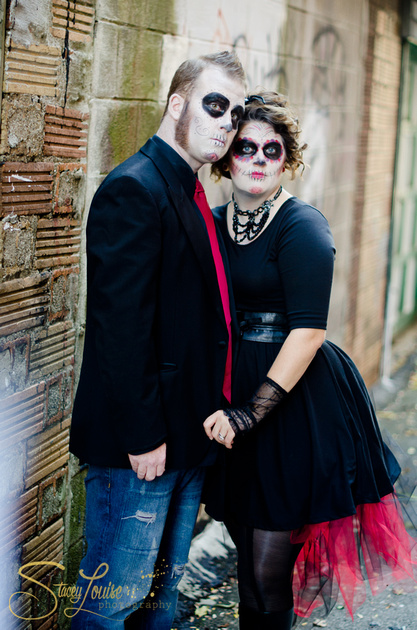 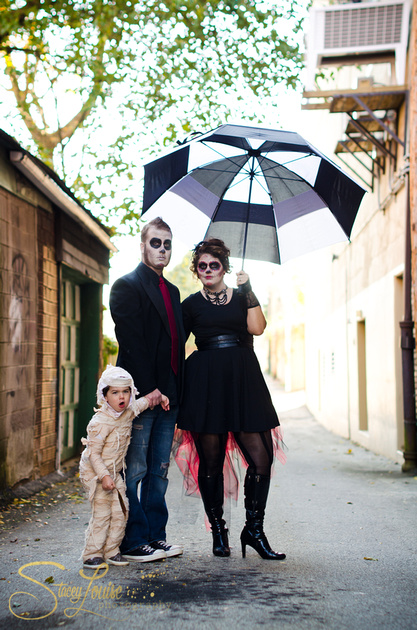 I loved these costumes so much that I had several printed on canvas and they still hang on a gallery wall in my office.

After these costumes, I didn't think that we could really do any better, and then my husband came up with a great idea. He had just gotten Brody really into wrestling, and they both were (and still are) HUGE Hulk Hogan fans. I think I can say with great confidence that this was probably my husband's favorite year of family Halloween costumes. 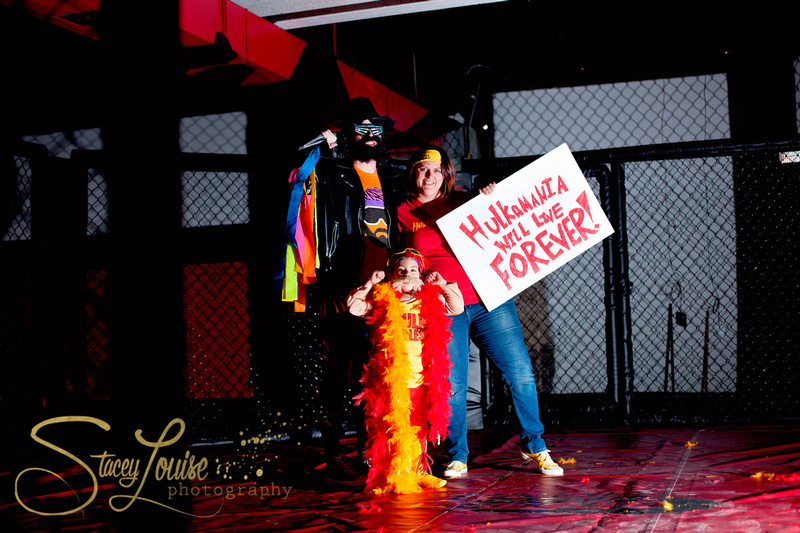 Here, I present to you, the Macho Man, Hulk Hogan, and a Hulkamaniac! We were so lucky that the owner of Under Ground Grappling allowed us to use their ring for a quick photo shoot in our costumes. Brent and Brody were in their glory, they had the best time! 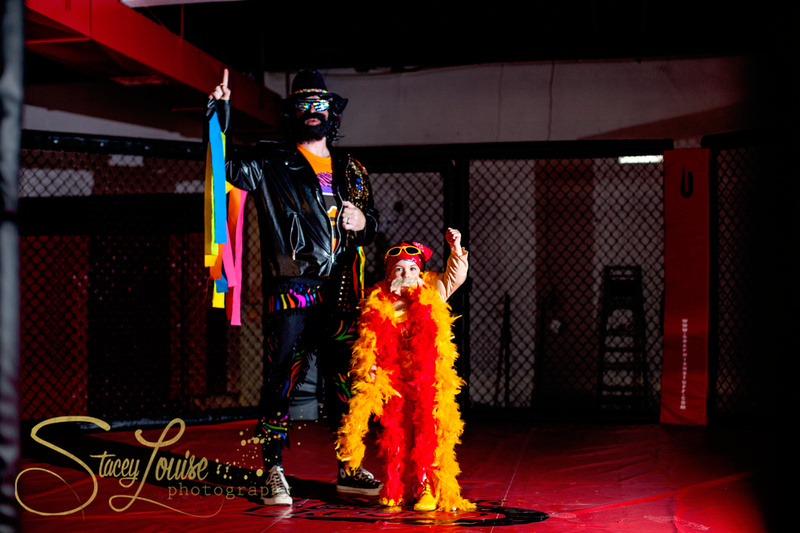 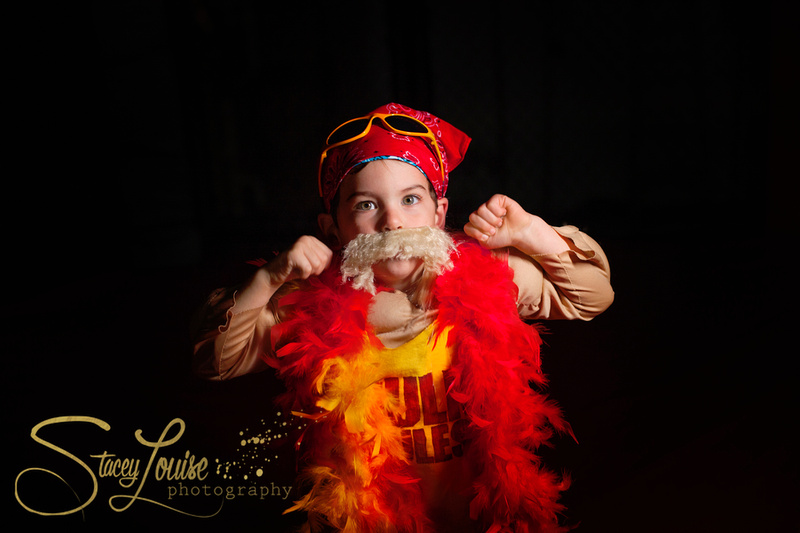 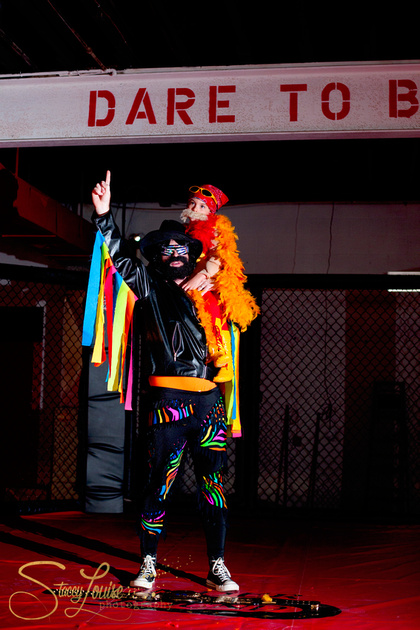 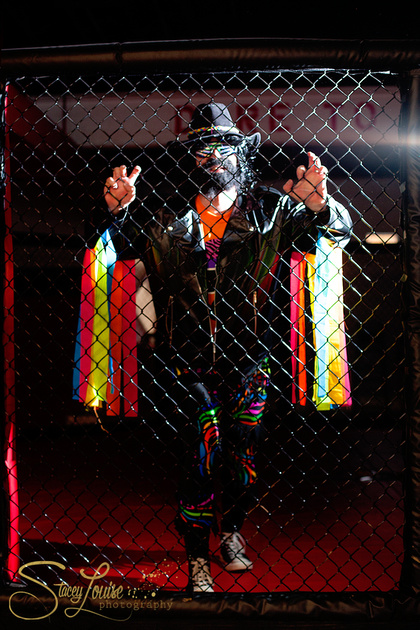 I have to say that the facial hair required to pull off these costumes has to be my favorite part. I mean, look at that mustache on Brody! It is hysterical! Brent's beard...I don't even think that I have words! hahahaha

Again, I really didn't know where we would go from there. Those are some really amazing costumes and I was running out of ideas. My well was running dry and Brent, my husband saved the day again with a pretty fabulous idea. Grabbing inspiration from our childhood again, he managed to convince Brody to be Skeletor. 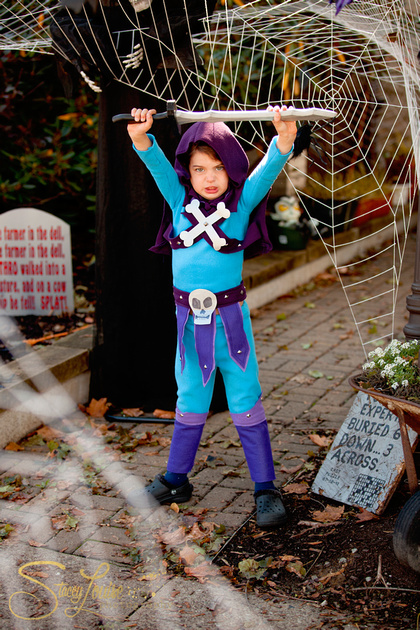 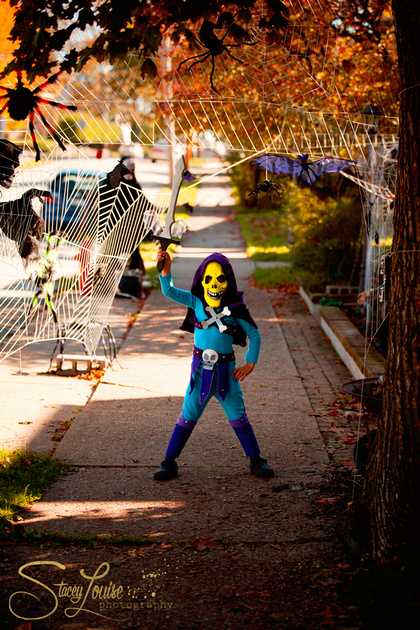 I know that when Brody agreed to be Skeletor, my husband's nerd heart soared because that meant he got to be He-man! I can't say that I was too sad about getting to be She-ra either. Who doesn't want to be the Princess of Power and wear that fab headpiece? I was able to score mine and my husband's costumes, and Brody's mask on Amazon (thank goodness for amazon prime, right?) and I made Brody's whole costume! 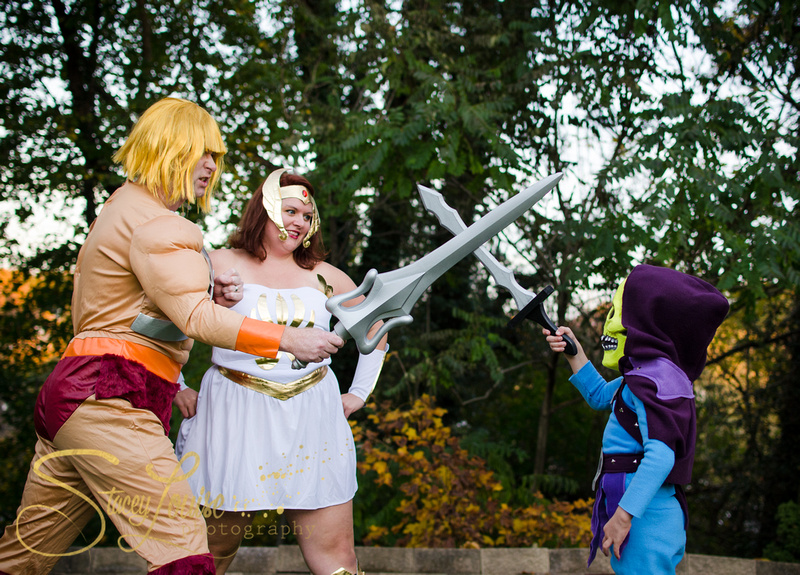 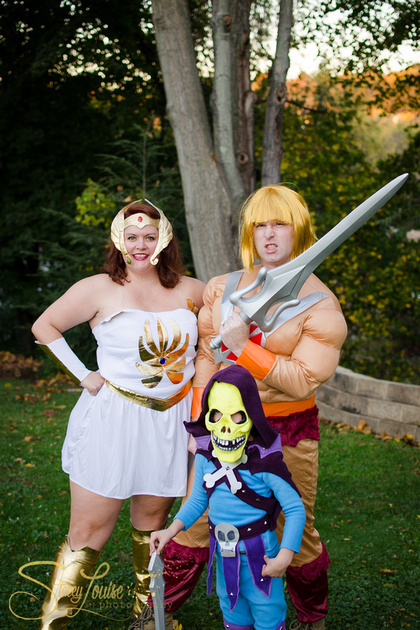 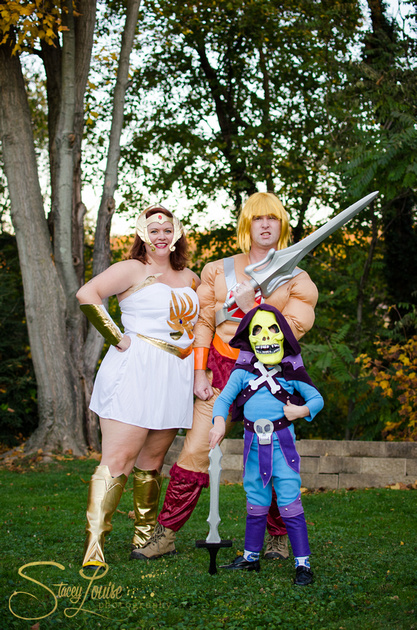 Sadly this was the last of our family halloween costume run. I can't be too upset, we had a good run, and I knew it was only a matter of time before Brody would take the wheel and start really deciding what he wanted to be for Halloween. Halloween of 2016 was that time. My little guy was totally Pokemon obsessed and there was no convincing him to be anything other than Ash Ketchum, the pokemon trainer. 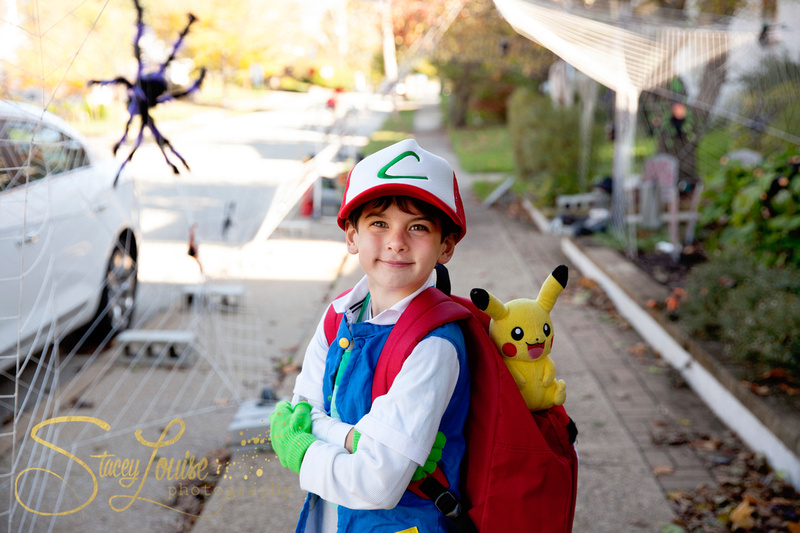 Just because were weren't doing family Halloween costumes, don't think that I still wouldn't be going big! We grabbed some green gloves, a red backpack (I knew from a quick google image search that Ash carries a green backpack, but you try telling that my obsessed 6 year old who insisted that he had a red one), and Ash hat from good ole Amazon, and I made his outer shirt from and old polo shirt and some fabric. We tried to convince Brent to be a pokemon trainer too, but he just wasn't into it. I did dress up as Pikachu for Brody's kindergarten Halloween party to go along with him. 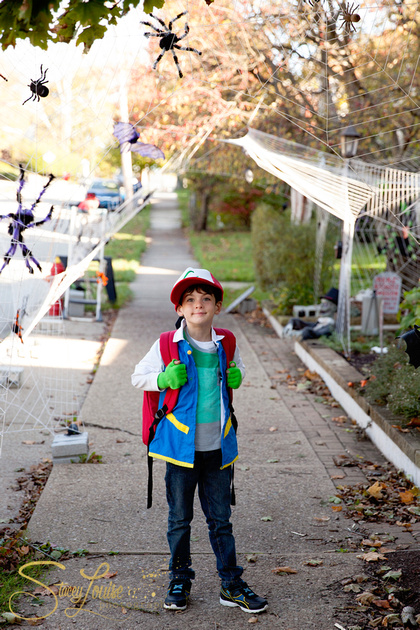 I love Halloween so much,and I don't think that will ever change. Brody has totally picked up my love for the holiday and dressing up. He has had his costume idea for this year nailed down for months and is already planning for 2018.
Which year of ours is your favorite? I think I would still pick Sugar Skulls and Mummy, I think those were our best costumes. Which holiday is your favorite? Do you have any cool family traditions? I hope that you have enjoyed a peek into the last seven years of Halloween with my family.

Day of the Dead and He-Man Family Photos by: Kari Fabri Photography