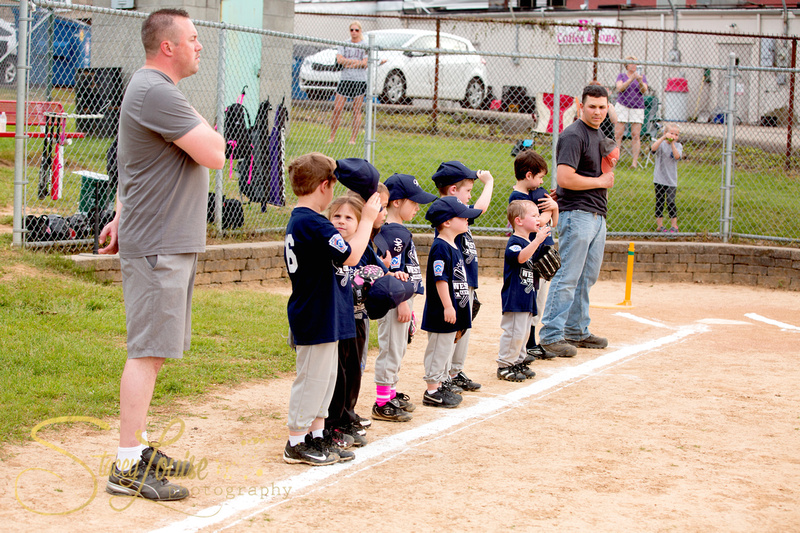 Sometimes I like to get personal on the blog and now is one of those times. Who has their kid signed up for activities? Sports, art classes, dance classes, gymnastics...it could be anything. Right now we are in the middle of Spring TBall and Acting classes. I think that Brody, that's my kiddo, enjoys them both.

Here they are doing the TBall Pledge, they promise to try their best, love their country, and be a good sport whether they win or lose. Aren't they all adorable in their tiny cleats? Brody's favorite part of playing TBall is hitting the ball. Lately he has been requesting to be last on the batting lineup so that he can just run all the way around the bases and go straight to home. That's what they do when the last person bats in TBall so that they can switch innings. 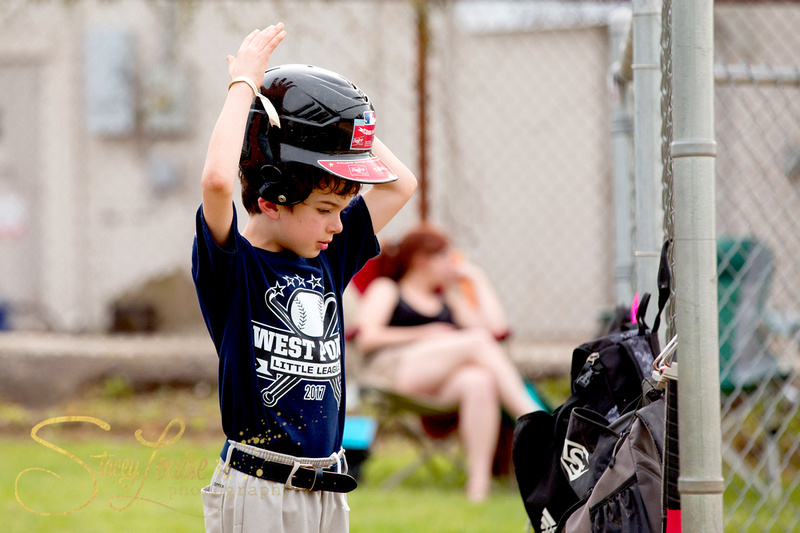 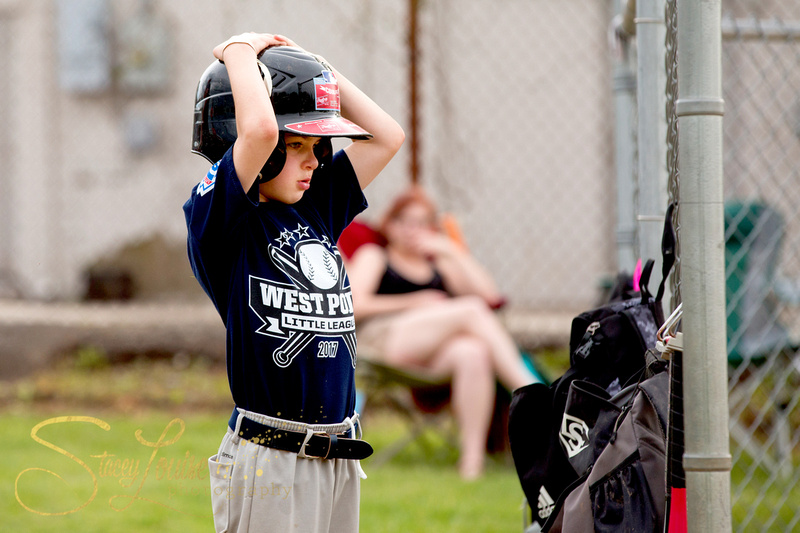 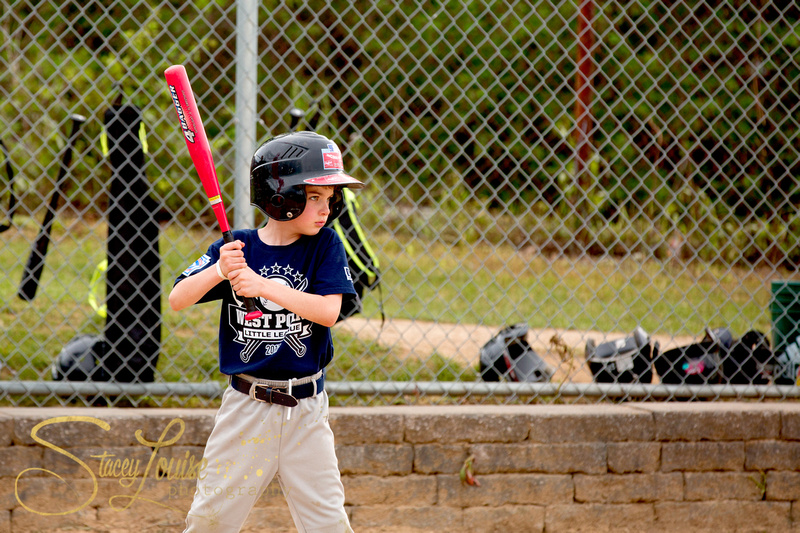 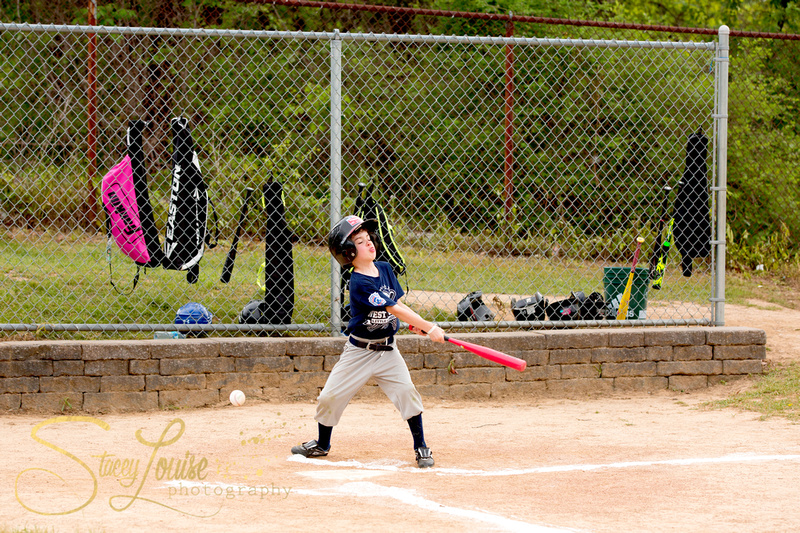 Sometimes he forgets to keep his eyes open when he takes a swing at the ball coming. They just started doing coach pitch for part of the games.

He also likes playing pitcher (they don't really pitch) and first base. He likes those positions when his team hits the field because those are the spots that get the most action. If they put him in the outfield you can expect that he will be playing in the dirt or picking flowers for his Mommy! LOL

You might even catch him practicing his favorite dance moves while waiting on second base for the next batter to make their hit. 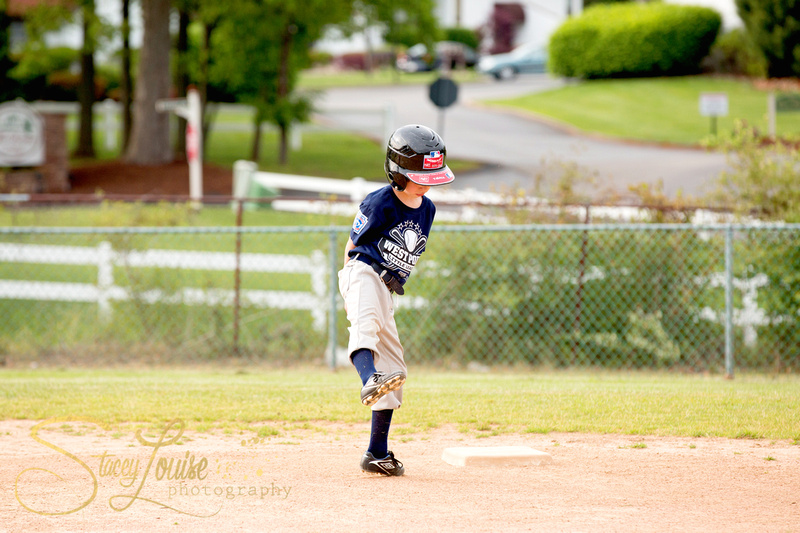 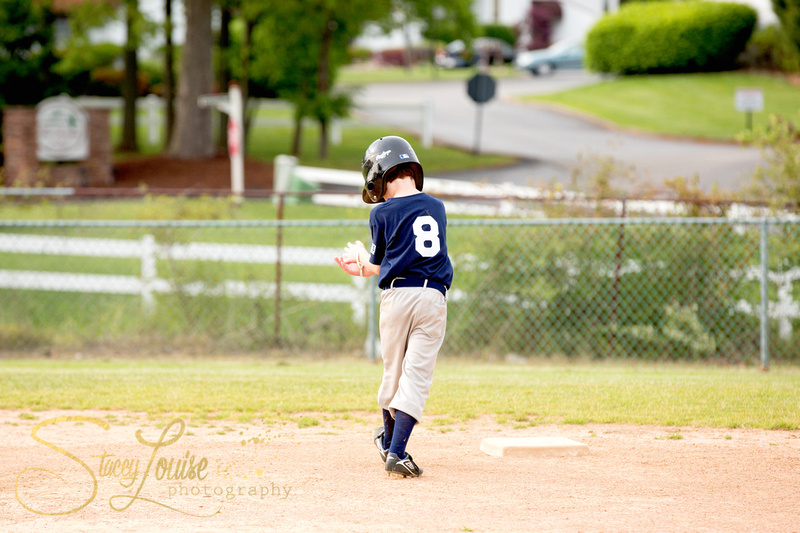 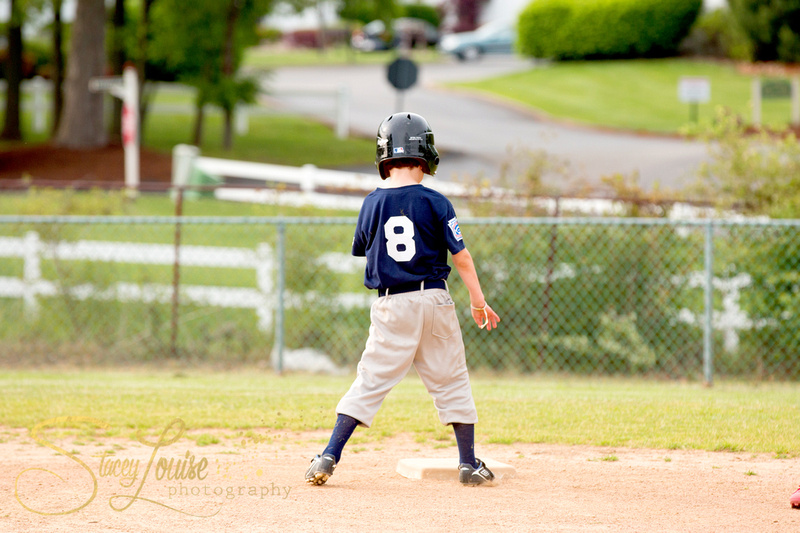 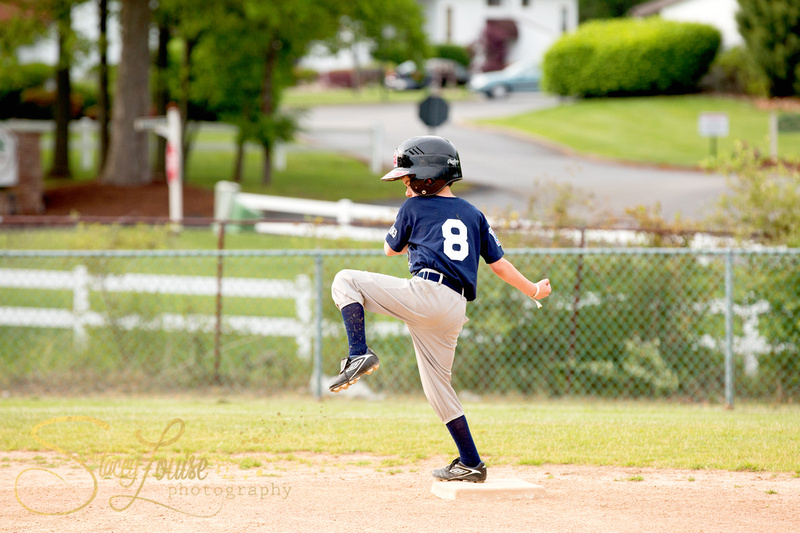 He isn't alone out there daydreaming. I see a lot of the kids kicking the dirt, looking around trying to find their parent's or anyone else that they might know, and picking flowers. One game, a player from the other team had a whole conversation with me while he was waiting at third base. He asked me whose Mommy I was, if I like baseball, if I thought he was funny, and if I knew his Mommy. These kiddos are too adorable and funny.

I love that Brody is willing to try just about anything. I love that he thinks he is GREAT at everything that he does. I hope that confidence follows him into his adolescence. What I love most is that he isn't afraid to just be himself. I do wish that he would TRY to pay attention just a little more, but if he is having fun out there, that makes me happy. 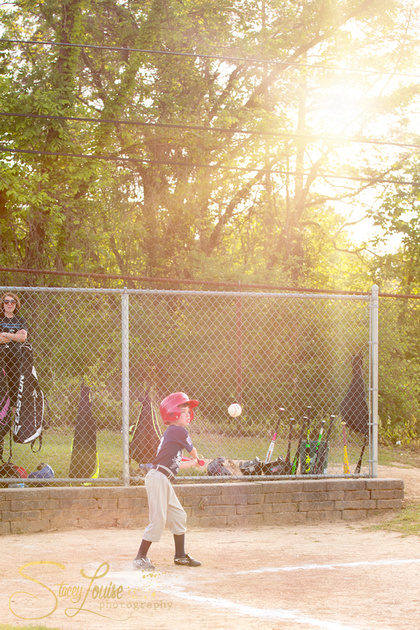 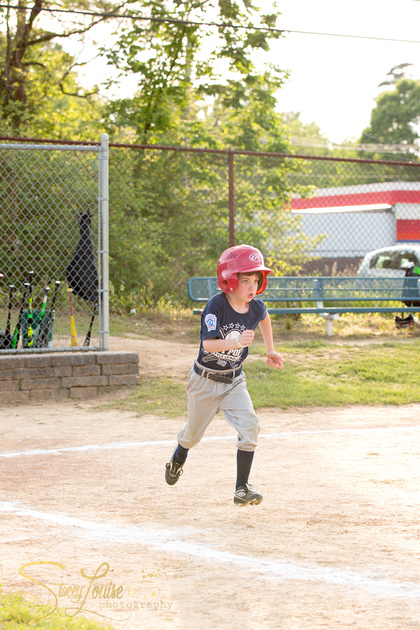 It has been a fun season of baseball so far. I can't wait to see what he wants to get into next. I hope that you are all enjoying this part of the year where spring transitions into summer. What do you have your kiddos doing?

I hope to see you all soon to update your family photos this summer. You can schedule your session by Contacting Stacey! Happy Summer!