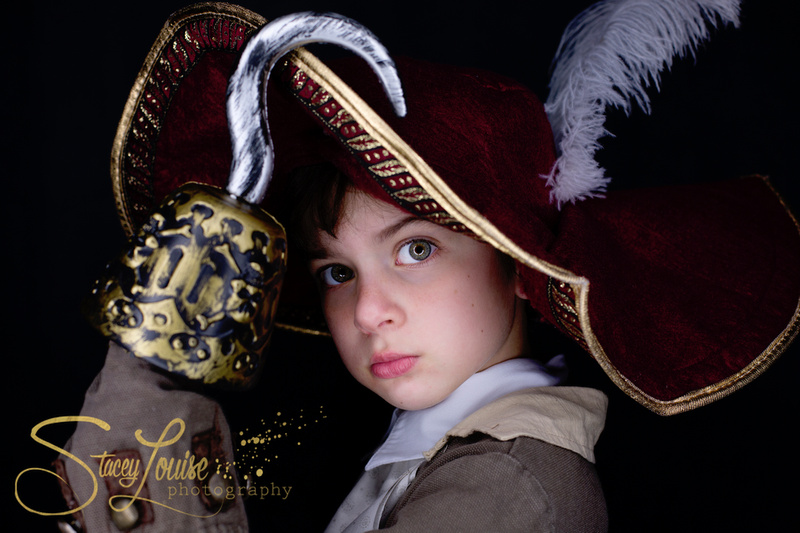 Not long ago we signed up our son, Brody, for what he calls his "acting class." It is called an Imagination Workshop and it is geared toward kids ages 4-7. It is a one hour a week class that get their feet wet with musical theater.

Now, we have done several different kinds of activities throughout the years with him, he has done soccer, TBall (you might have read my earlier blog on this), music classes (you can read another blog about those too), summer art classes, and a few other miscellaneous things along the way. He has always had fun with all of these activities, but I have never seen him so committed and so into any of them like he is with the Imagination Workshop. This is his second semester with Stage Right, that's the local performing arts school that runs the class. His every first semester he was given the part of Drake in their production of Honk Jr. Honk Jr. is basically the story of the Ugly Duckling and Brody's part, Drake, was the duckling's father. This semester he was give the part of Captain Hook! We have been practicing and practicing his lines and he has got them down to a tee. He adds his own little attitude and silliness to the role as well.

I think that this role is very special to Brody. When he was 5, his preschool class went to the Palace Theater to see Stage Right's production of Tink. Tink is Stage Right's own creation of Tinker Bell's story. When we went to the theater and saw that show he was completely enamored with the Hook character. After the show they let the kids ask the actors questions and Brody's hand shot up, he didn't have a question though. He was called on and proudly said, "I love Captain Hook!" After that the actor who played Hook, Patrick Cannon, posed for a photo with Brody and talked with him for a bit. He even let him try on his hook. Brody thought that was the greatest thing ever! On the way home from that show he asked me a question. He said, "When do I get to be on stage and sing and dance?"

So, fast forward about a year, after some encouragement from his kindergarten teacher and his Aunt Joyce, we signed him up for classes. I think he has found his passion. He LOVES being on the stage. With him being Captain Hook, I knew that I had to get him in the studio with his costume for photos. 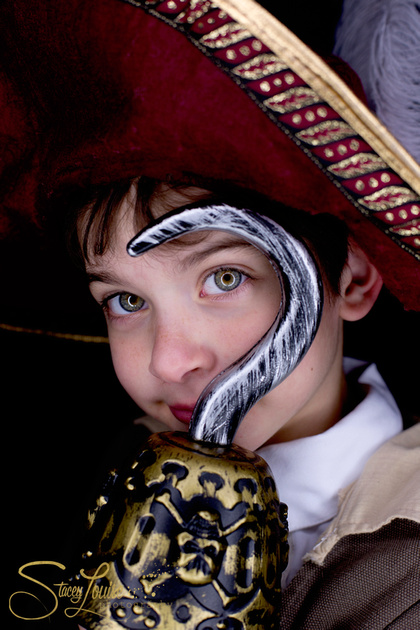 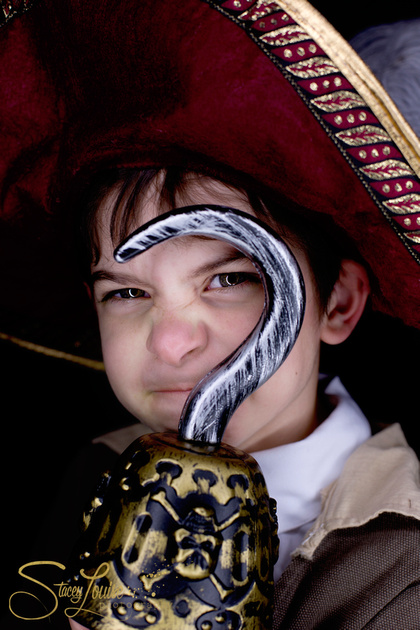 I was able to capture so many really great images. I had him say a few of his lines while I photographed him so I could really get his Captain Hook energy. 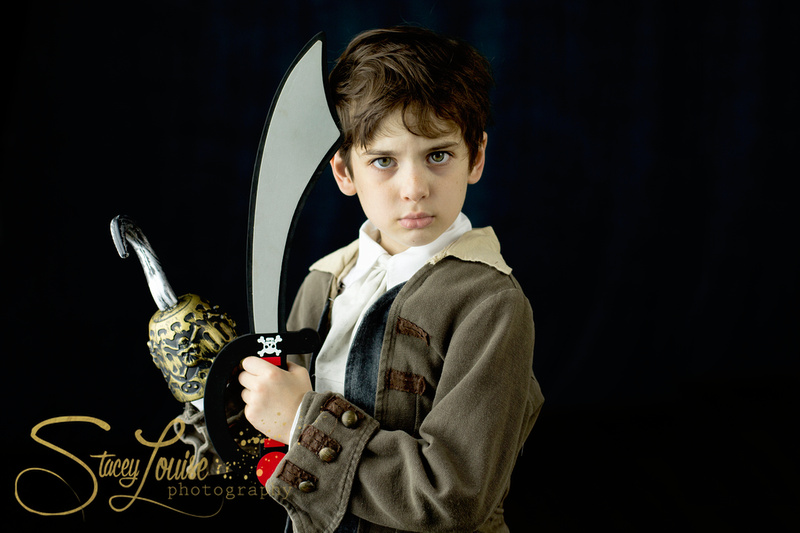 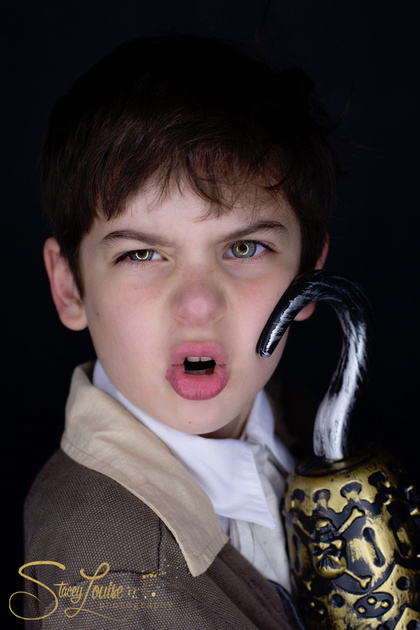 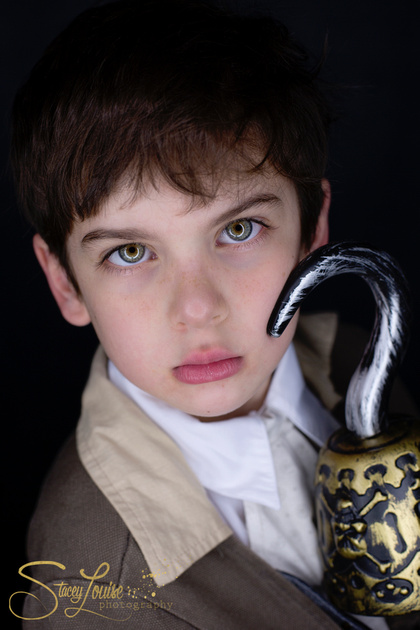 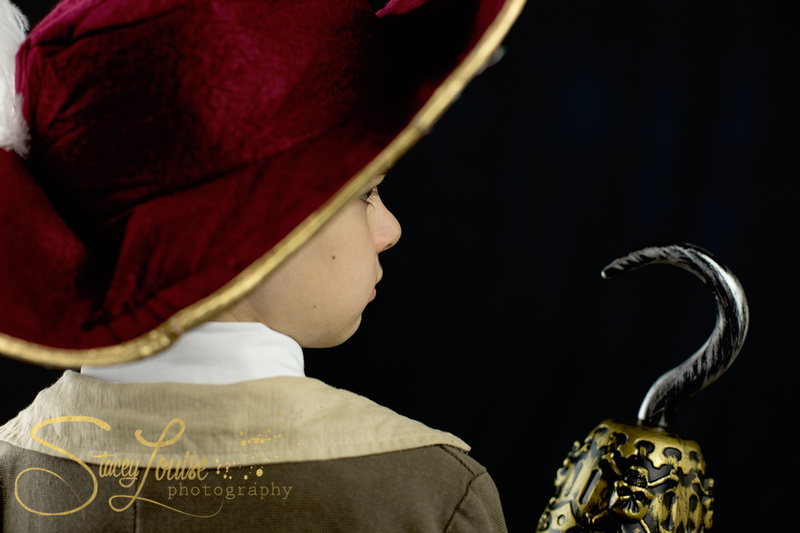 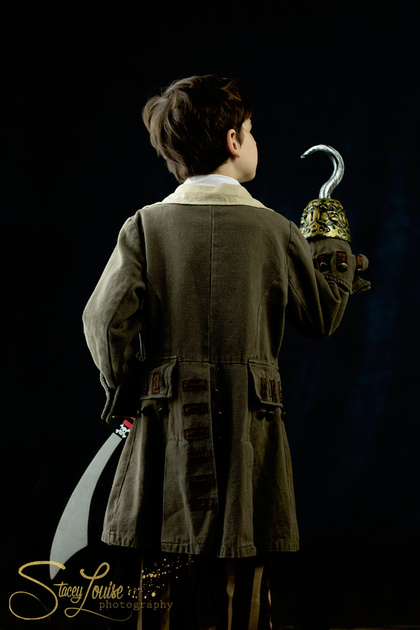 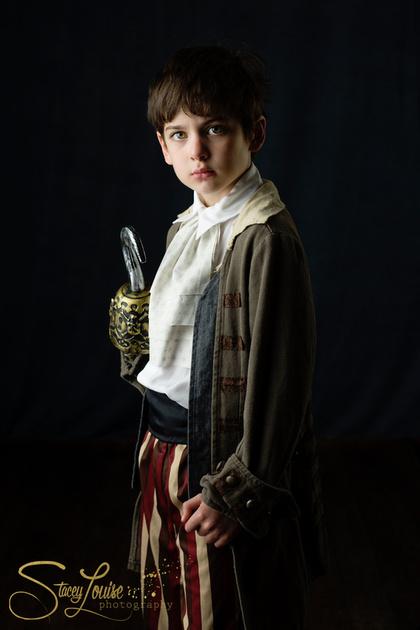 If you are local you can come on out and watch him perform with the rest of the cast. They are all really amazing kids! Their show is at 11:00 on June 3rd at the Greensburg Garden and Civic Center. Just $5 at the door! 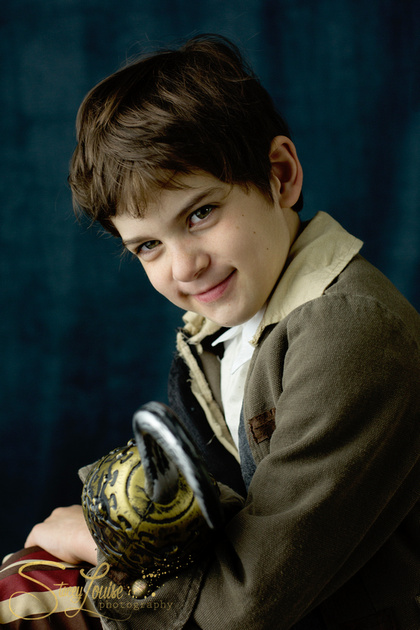 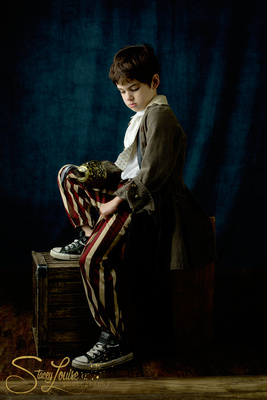 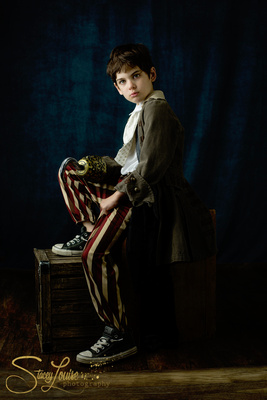 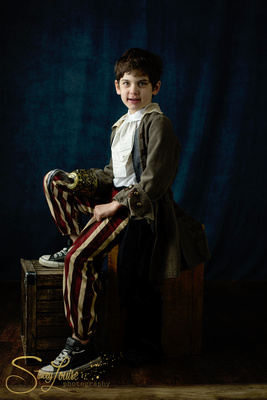